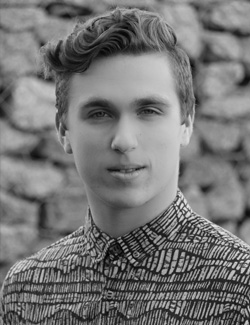 Bronson is thrilled to be a part of Bonnie Lythgoe’s production of Sleeping Beauty. Bronson Pfeiler is a graduate of Jason Coleman’s Ministry of Dance, receiving a Diploma in Musical Theatre. Bronson has toured nationally and internationally with
Life Like Touring’s productions of Paw Patrol Live as Marshall the fire pup. Bronson’s other credits include; dance captain for Life Like Touring’s ‘Barney world tour’. Jason Coleman’s ‘Rhythm of Life’ and ‘Humanimals’, and Guest vocalist for the Limestone Coast Symphony Orchestra.