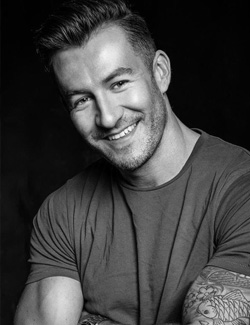 Heath is one of the most in-demand performers in Australia, having successfully ventured into every facet of the Entertainment Industry.

Heath’s diverse range of talents have been seen on stage in numerous top touring productions including Hairspray – The Musical (Dainty Consolidated), A Chorus Line (TML Enterprises), Handa Opera’s Carmen (Opera Australia), Grease – The Musical (Gordon Frost Organisation) and most recently, the Australian tour of The Bodyguard (Gordon Frost Organisation) Heath studied under full scholarship at ED5 International in 2005. Upon graduating, he landed the role of ‘Chistery’ in Wicked (Universal Studios Japan) and then went on to perform on the Pacific Sun (P&O Cruises), tour Asia and the Middle East with Barney and Friends (Millennium Entertainment).

Heath made his mark on the commercial scene after he featured in the Top 11
dancers on Season 3 of Channel 10’s So You Think You Can Dance. This lead to appearances on The X Factor, Dance Academy, The Logies, Sunrise, Today and Dancing With the Stars.

Heath has appeared in live performances and music videos for many local and international recording Artists including Kylie Minogue, Taylor Swift, Ricki-Lee,
Little Mix, Boy George, Guy Sebastian, Deborah Cox, Luciana and Marcia Hines.
He recently appeared in the Opening and Closing ceremonies of the Commonwealth Games on the Gold Coast.

Heath is now working on his television and acting career having already appeared in various TVCS and is also establishing himself as a sought after choreographer, with credits including Kelis, Sneaky Sound System, Zoe Badwi & Katie Noonan’s Emperor’s Box Tour.

Heath is delighted to be a part of this Bonnie Lythgoe production of Sleeping Beauty after also being a cast member of the successful Aladdin and the Wondrous Lamp, and Cinderella.