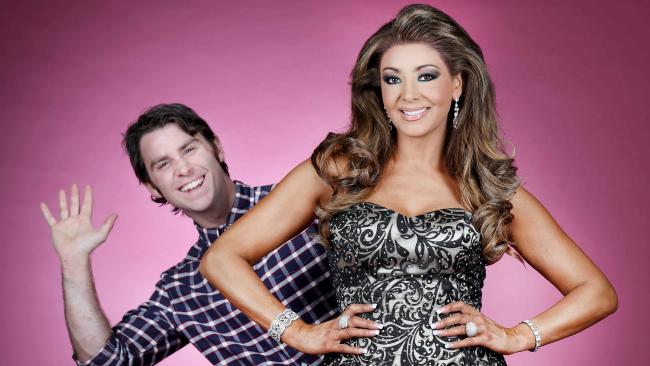 SHE’S dabbled in Celebrity Apprentice, had a run on Neighbours and now Real Housewives of Melbourne star Gina Liano is about to try her hand as a wicked stepmother.

Liano will appear in the family pantomime Cinderella at the State Theatre in July but doesn’t believe her character will be a stretch.

“She’s a bit sassy and a bit mean, but she’s attractive, of course, ­because they’ve cast me,” Liano said.

But Liano is also prepared for the inevitable booing from the audience which is part of panto tradition.

“I think that will happen automatically, won’t it,” she laughed.

Liano’s high profile is a far cry from her former life as a lawyer, but after beating bowel cancer in 2003 the single mother now lives her life with a “have a go” attitude.

“With Real Housewives, I thought, ‘what have I signed up for?’ she said.

“But I mustered courage out of the fact that we only live once and I’ve had cancer, so it’s game on.”

Liano will be appearing in Cinderella alongside newcomer (and Xanadu star) Jaime Hadwen in the title role, as well as Jimmy Rees, better known as Giggle and Hoot’s Jimmy Giggle.

by: Chris Hook. The Sunday Telegraph