Bonny Lythgoe looking for a princess and prince for popular musical 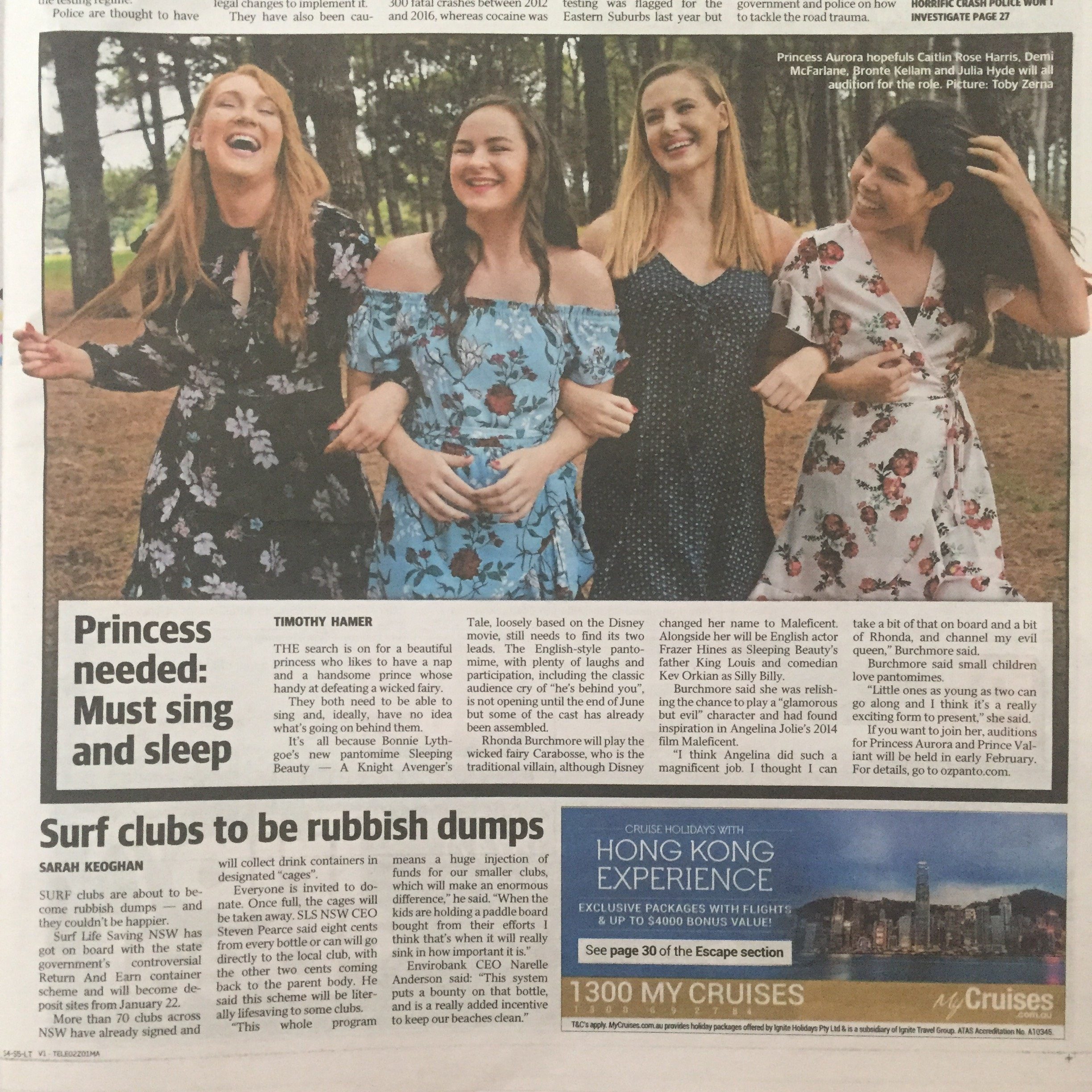 Sleeping Beauty: Bonny Lythgoe looking for a princess and prince for popular musical
TIMOTHY HAMER, The Sunday Telegraph
January 14, 2018 12:00am
THE search is on for a beautiful princess who likes to have a nap and a handsome prince whose handy at defeating the plans of a wicked fairy.

They both need to be able to sing and, ideally, have no idea what’s going on behind them.

The search is on for a sleeping beauty. Could it be one of these ladies? From left, Caitlin Rose Harris, Demi McFarlane, Bronte Kellam and Julia Hyde who will audition for the role. Picture: Toby Zerna
The English-style pantomime, with plenty of laughs and participation — including the classic audience cry of “he’s behind you!” — is not opening until the end of June but some of the cast has already been assembled.

Rhonda Burchmore will play the wicked fairy Carabosse, which is the traditional villain, although Disney changed the name to Maleficent.

Alongside her will be English actor Frazer Hines as Sleeping Beauty’s father King Louis and comedian Kev Orkian as Silly Billy.

Sleeping beauty is one of the most popular Disney stories. Picture: Supplied
Burchmore said she was relishing the chance to play a “glamorous but evil” character and had found inspiration in Angelina Jolie’s performance in the 2014 film Maleficent.

“I think Angelina did such a magnificent job with her portrayal of Maleficent. I thought I can take a bit of that on board and a bit of Rhonda, and channel my evil queen,” Burchmore said.

“Little ones as young as two can go along and I think it’s a really exciting form to present,” she said.

If you want to join her, auditions for Princess Aurora and Prince Valiant will be held in early February. For details, go to ozpanto.com.