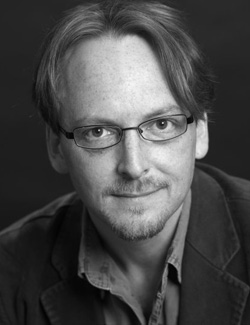 Olly is one of the most prolific songwriters and composers of his generation. With over 400 songs to his name, Olly has contributed to dozens of shows and musicals. He studied composition and conducting at the Royal Academy of Music, graduating with honours. As a West End Musical Director Olly worked on Fame, Grease and Peggy Sue Got Married and supervised the West End/UK tours of the David Essex musical, All the Fun of the Fair. He conducted European productions of The Rocky Horror Show and The Golden Musicals of Broadway and orchestrated & supervised European/world tours of Grease, Hair, Boogie Nights, Boogie Nights 2, Eternal Flame and Happy Days. He produced music for Covergirls, a Vegas revue and toured China with a new score
for Aladdin before it was produced in Reno, USA. Olly’s songs can currently be heard in the UK touring production of Wind In The Willows he also recently recorded and produced the soundtrack to David Hasselhoff’s stage show, Last Night A DJ Saved My Life.

As Supervisor and arranger Olly worked on Love Forever True, Who Killed Cock Robin?, Lovely Lady, Thames TV’s Rainbow and The Wizard of Oz. Adaptations of Robin Hood, Aladdin and The Big Bash were commissioned by the BBC and produced at Birmingham’s NEC. Play scores including Measure for Measure, The Mysteries, The Suicide and Great Expectations. His original musicals include, Forever Eve, Fantastic Mr Fox, The Love God, Girl Talk and Look Back. (Commissioned for the opening of the Millennium Dome) His musical, Hot Flush! starring Lesley Joseph, Marti Webb and Rula Lenska toured the UK for six years, and earned Olly the Stiles & Drewe Best New Song Award in 2009.

Olly composed the music for the BBC series On Your Marks and worked on the BBC’s Going Live; The Friday Zone; The Poops and The Demon Headmaster. He’s arranged music for This Morning (ITV) and composed scores for short films including The Time Tangle (LWT) and Gorillain the Roses (BBC Film Festival and Riverdance Film Festival). He’s been guest Musical Director for RTE and UTV, conducted sessions for Talking Telephone Numbers, The Generation Game, This Morning and was Musical Associate on the Royal Variety Performance for ITV.