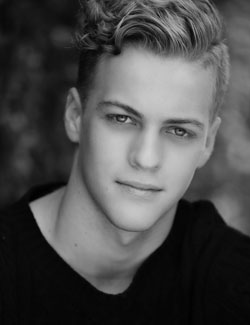 After recently completing a three year contract with the children’s entertainment group Hi-5, Lachlan is excited to be joining Bonnie Lythgoe Productions’ Jack and the Beanstalk. He trained in all facets of performing arts at Planetdance Menai from the age of four. At 14, with his group Lil’ Banditz Krew, he won Young Talent Time, and at 16 he was a finalist on Australia’s Got Talent as a member of Dapper. Lachlan landed his role as cast member of Hi-5 upon graduating from Newtown Performing Arts in 2015 and spent the following three years filming TV series and touring with stage shows nationally and internationally.

Lachlan has also appeared in numerous television commercials, danced on The Voice, The Rob Guest Endowment Awards and performed in numerous club and cabaret shows including Australian Variety Entertainment Mo Award nominee The Vallies and ACE Award winning You Can’t Stop The Music.